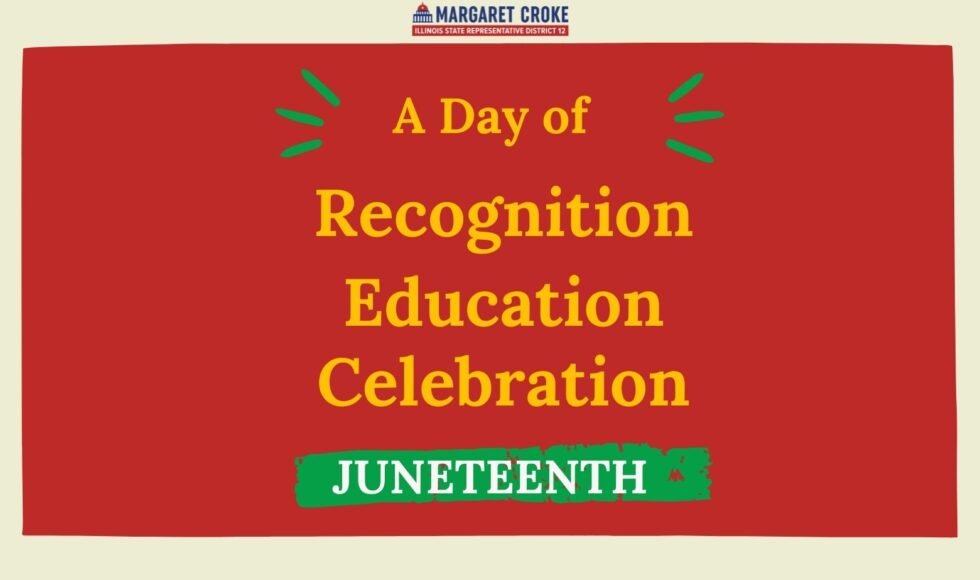 Juneteenth celebrates the ending of slavery in the United States. On June 19th, 1865, two and a half years after Abraham Lincoln announced the Emancipation Proclamation, the last slaves in Texas were freed.

Is it an official holiday?

For the first time, Juneteenth is an official Illinois state holiday and an official federal holiday.

Recognition at both the state and federal levels for the first time in 156 years shows progress in our fight for justice. It fosters national conversation on the significance of Juneteenth and how its impact is still felt today.

Why is it important?

This day serves as a reminder of how long the delivery of freedom took in the United States, even after slavery was completely outlawed. It took two and a half years after the Emancipation Proclamation for all slaves to be freed.

Today equality and justice are not universal. Systemic racism, discriminatory legislation, and incidents of racial profiling still run rampant throughout our country.

How should I celebrate?

Educate yourself and others. The DuSable Museum of African American History is a great place to start, and their reopening is on Juneteenth at 11am. Stop by to learn more about the history of Juneteenth.

Reflect – We have come so far since 1865 but systemic racism is still a part of society. Take time to reflect on how the black community is often put at a systemic disadvantage and what we can do to initiate change.

Juneteenth is a reminder of how far we’ve come, how far we still have to go, and how we need to build a more equitable future in Illinois.  It’s time to take action to bring full justice to our Black communities.