Statement of “The 19” on the Indictment of Michael J. Madigan

SPRINGFIELD, Ill. – Following Wednesday’s indictment of former House Speaker Michael Madigan, “The 19” House Democrats who rejected his candidacy for leadership released the following statement: “Thirteen months ago, we 19 Democrats made clear to our colleagues that we would not support Michael Madigan for speaker. We knew that our chamber, our state, and our party deserved better leadership and the unfolding corruption scandal would only continue to erode public confidence.

“This is a watershed moment for our state that reminds us of the work ahead as the former speaker’s case makes its way through the legal system. We remain grateful to the people who joined us in bringing historic change to our party and our chamber.

“The possibility that this day was coming and would distract us from our work on behalf of the people we serve was top of mind for many of us as we took this position, even as we faced intense pressure to maintain the status quo.

“Our stance eventually led to the historic election of our state’s first Black speaker, who has led our caucus through the process of passing transformative legislation on clean energy, affordable housing, and a truly balanced budget. We are committed to continuing the work of restoring our constituents’ faith in Illinois government.” 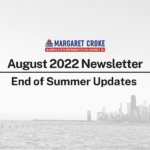 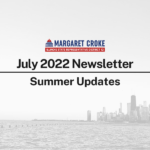 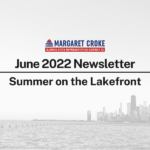