Bill would allow Illinoisans to sue gun manufacturers, importers or dealers whose guns are responsible for injury or death in the state

CHICAGO – Today, State Representative Margaret Croke (IL-12) introduced HB4156, a bill to protect Illinoisans from gun violence and hold those putting more guns onto our streets accountable. The Protecting Heartbeats Act will allow Illinois residents to take civil action against gun manufacturers, importers, and dealers whose firearms are responsible for injury or death in the state.

“Too many Illinoisans die each year from senseless gun violence and we need to be doing everything in our power to keep people safe and prevent more guns from flooding into our communities,” said State Representative Margaret Croke. “In its ruling in Texas, the Supreme Court allowed citizens to take civil action against anyone in violation of the law. Our state has the opportunity to employ this same logic to hold gun manufacturers, importers, and dealers accountable for their actions and stop preventable tragedies from taking the lives of more Illinoisans.”

Everytown for Gun Violence, a leading gun violence prevention organization, estimates that 1,363 Illinoisans die of gun violence every year. From 2009 to 2018, the rate of gun deaths in Illinois increased by 32%, compared to 18% in the same time period nationwide. Illinois has the 9th highest rate of gun homicides in the country, and Black people are 34 times as likely to die by gun homicide as white people, compared to just 10 times nationwide. Everytown also says that firearms are the number one leading cause of death among children and teens in Illinois.

A recent report from the Chicago Tribune, which found that one single gun was responsible for 27 shootings and an untold amount of damage to Chicagoans and their loved ones in just a 20 month period, includes research that estimates the cost of just one gunshot injury is over $1 million. These costs include medical expenses, the earning power of a victim, the loss of business to the affected community, and more.

Under the Protecting Heartbeats Act, any Illinois resident other than a state or local government officer or employee may bring a civil action against a gun manufacturer, importer or dealer whose gun is responsible for bodily injury or death. If the claimant wins the suit, the court will award injunctive relief and damages of no less than $10,000 for each person injured or killed by the firearm manufactured, imported or dealt by the liable party.

Filed this morning, the full text of HB4156 can be found on ILGA.com. 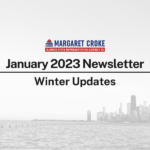 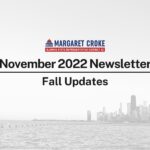